Johma is a food producing company specialised in making salads. They produce all different types of salads for their own brand “Johma” and also for different supermarkets in the Netherlands, Germany and Belgium. 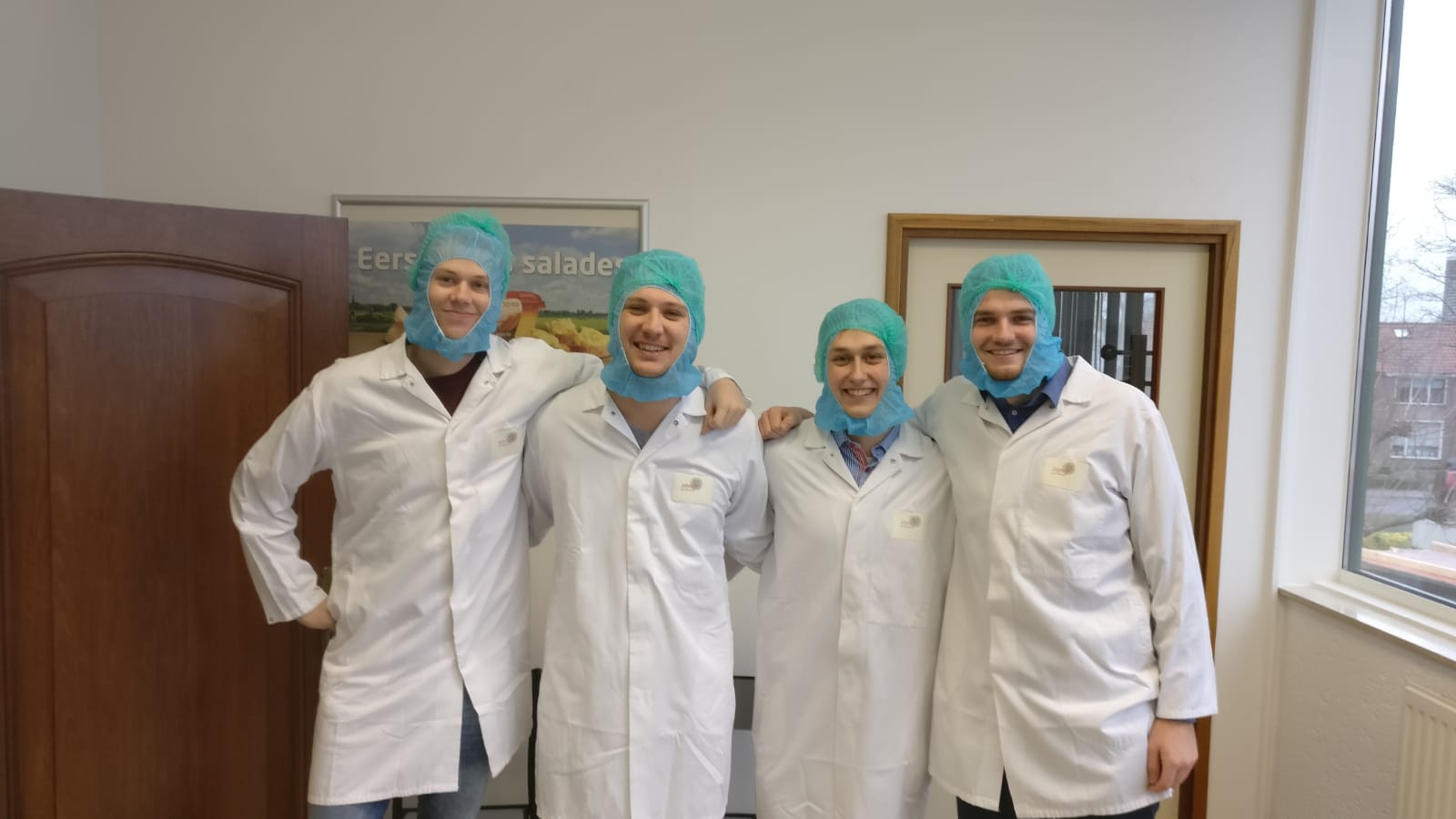 Aluminium bags containing 3 kilograms of tuna in brine get delivered in a box on a pallet. These bags are opened by an employee using a knife. This employee then gives this bag over to another employee who opens the bag and shakes the tuna onto a conveyor belt. Using this method Johma gets about 90 percent of tuna out of the bag. Our group was tasked with finding an automated solution with which we approximate the speed and efficiency of the current process.

Since we only had 5 weeks to design, build and test our solution. We had to start prototyping as soon as possible. In the first week we brainstormed a few ideas and made prototypes. This resulted in several working solutions, one of which was chosen due to its simplicity and ease of implementation. This solution requires the bag to be clamped down along it’s short axis close to the top flap. Then a u-shape cut is made in the bag and the bag is hung vertically. This solution allows gravity to pull the tuna out of the bag after which we use a scraper to get the last chunks out of the bag. 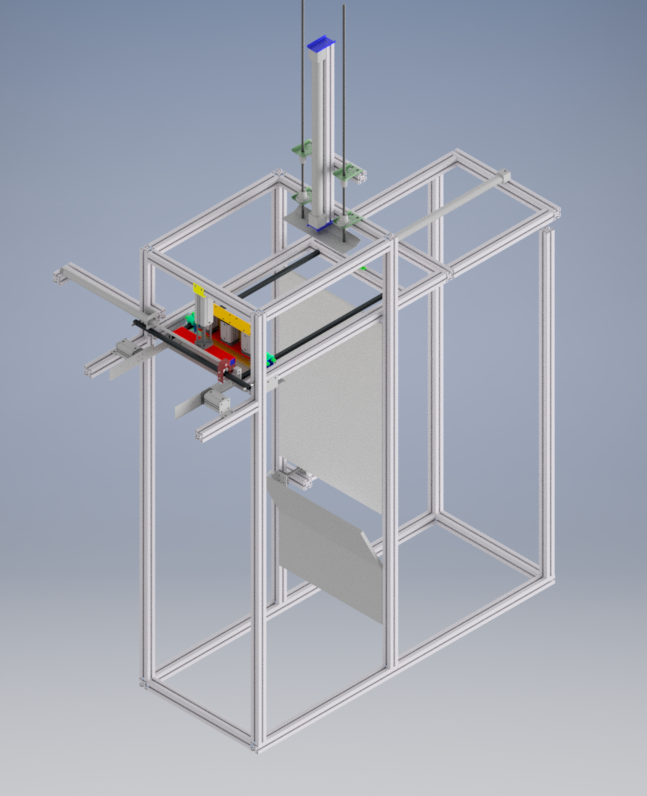 The bag moves through the machine in several steps. First the bag gets centered on a conveyor belt. Next the bag is grabbed and clamped down. Here the bag gets cut and pulled into the machine. Then the tuna gets scraped out and finally the bag gets separated from the tuna.

Once the the bag arrives at the correct destination the bag gets clamped down along its short side. Then six nails drive through the flap of the bag to assure a strong hold on the bag.

Since we want to cut the bag in an u-shape we need to make 2 cuts which intersect. While clamped down along its long sides we put a medium amount of pressure on the bag. This causes the bag to push up slightly assuring a decent cut along the short side of the bag every time. After this cut the pressure on the sides is released and we pull the bag into the machine. During this pulling, two knives are lowered along the long sides of the bag. The machine pulls the bag through the knives to the backplate where the scraping will take place.

With some bags the tuna releases immediately after slamming the opened bag against the backplate. Other bags require some assistance. This is where the scraping comes in. The goal of the scraping is to get the majority of the tuna unstuck from the bag. Without this scraping some bags would still have all their tuna stuck on the inside and a major waste would be the result.

After separating most of the tuna from the hanging bag, separation between the empty bag and the tuna is required. For this we use a divider and a pin which separates the bag from the clamps. Once the bag is released from the clamps it falls down. Here we use a divider to assure the bag doesn’t fall into the same crate as the tuna. Finally all systems are reset and the system is ready to accept a new bag of tuna.

The goal at the beginning of the project was to get approximately 95 percent of the tuna out of the bag using the automated system we had to develop. The prototype currently averages this amount by a slight margin (approx 96.7 percent average) at about one bag each 20 seconds (180 bags/hr). This means that the intended goal was achieved and an automated solution to opening these specific bags containing tuna is in fact possible. Since the machine is a prototype it cannot be implemented into a factory just yet. The machine safety and food safety are not at an acceptable level, but the prototype proves the working principle. 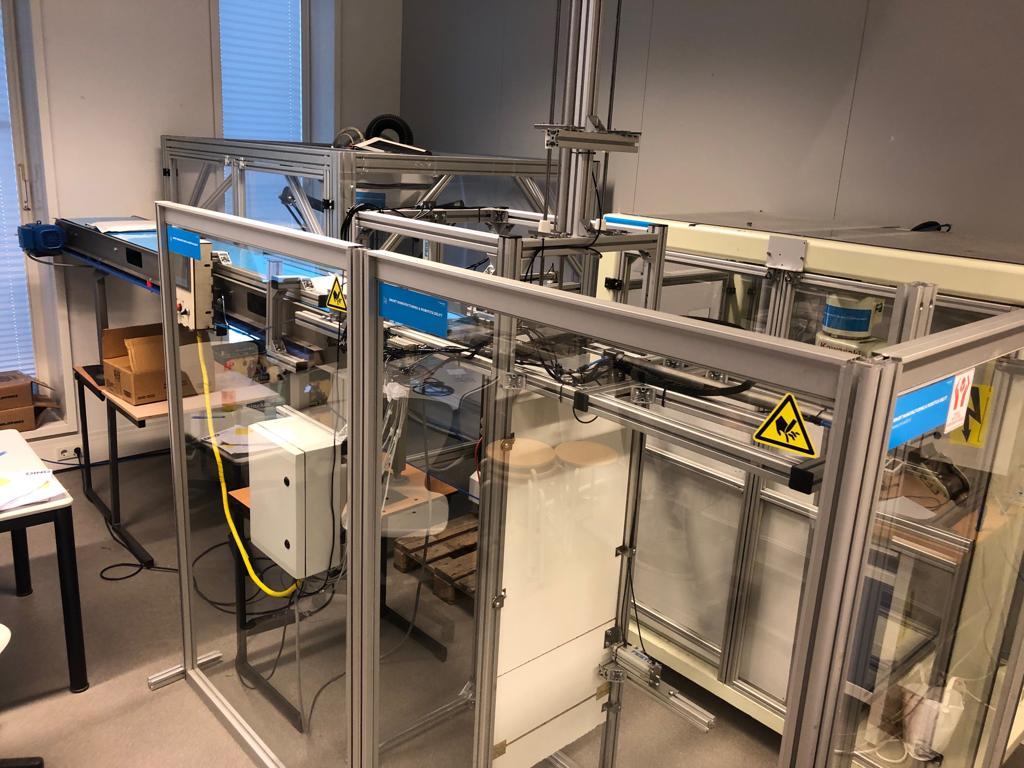