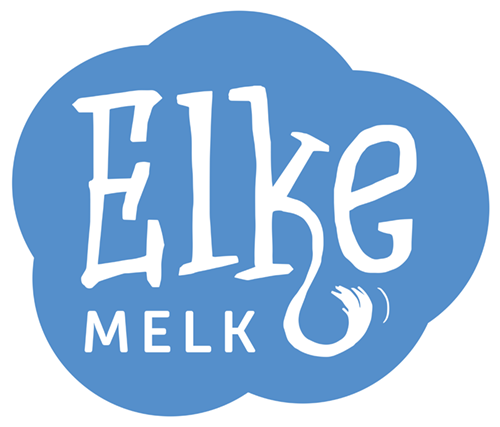 The Automation of a sorting and packing system for ElkeMelk

The ElkeMelk project focussed on automated sorting and packaging of milk bottles on a conveyor belt with a flipper system, buffer and robot arm.  The project was part of a larger automation initiative that was implemented by the ElkeMelk Diary Farm. ElkeMelk wanted to bottle and pack fresh milk straight from the cow as part of their sustainable farming practices. The aim was to succeed in sorting milk bottles and packing different milk varieties (from diverse cows) into boxes of two by three.

Prior to the project initiative, ElkeMelk dairy farm sorted and packed their milk bottles from different cows by hand. The cows had been conditioned to walk to the milking machine independently when it needed to be milked. Twelve to fifteen bottles of milk per cow could be bottled in this way. The bottled milk from each cow (machine) was originally not sorted per cow. A handler would simply pick bottles coming in from different machines (cows) off a small running conveyor. 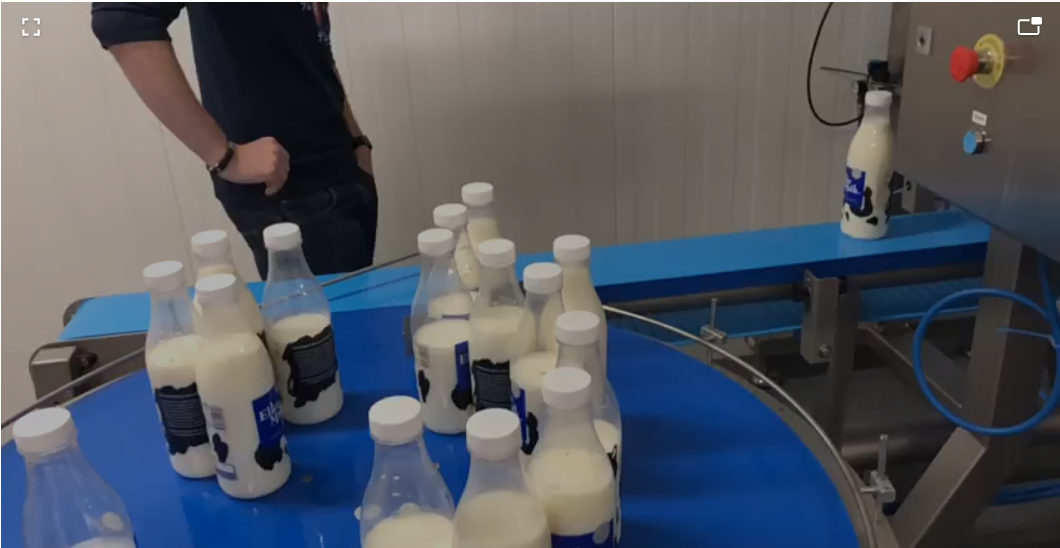 Dairy farming at ElkeMelk runs 24 hours per day. Manual packing is slow and expensive because cows randomly enter the milking machine with irregular gaps in between. The milking machine would send the milk to a bottling machine which gets labelled by the machine according to the unique cow. This was part of personalizing the journey of the milk and to enable consumers to trace their milk back to the cow and how it lives it’s life. The bottles landed on a circular conveyor and rotated until a handler would manually pack them in a box. The handler could only fill the whole box with the milk of the same cow, instead of ideally, a box representing milk from three different cows. The handler also personally had to do manual quality control to check for secured bottle top lids.

The project team engaged in vigorous rapid prototyping and testing with different materials shapes and constructions. The first step was taken in the automation focussed on the quality check. Two cameras were positioned to scan the lid and bottle as it comes in. The bottling machine produced a bottle every 20 seconds and had enough time to stop the conveyer for a second so the cameras can take pictures to check the bottle label and lid. The data of each bottle is saved into memory and the bottle is sorted into the buffer lane of the cow with the flipper system. There are sensors put in place to detect if the box is in place and the bottle hasn’t fallen. Boxes are placed at the end of the buffer lane and a robot arm picks the bottles out of the buffer lane and puts six in a box. When there are at least two bottles in the buffer lane the robot arm places them in the box.

The first challenge was to determine how to sort the bottles. Multiple prototypes led to the adoption of a flipper system with four doors that were controlled by pneumatic cylinders.

The project team designed a slide to guide the bottles down and stored in multiple rows and ready for packing. HSV masking was used to detect if the bottle has a lid and OCR recognition allowed the text to be read from the bottle. For safety purposes, the entire construction (except the robot arm) was boxed in acrylic glass plating. Safety guidelines were also promoted on stickers with warning messages – like “Keep clear – robot may move without warning”. Emergency buttons were placed on the controller device to stop the operation or disable the robot should it be necessary.