For the assembly of certain parts, Radial-Lok fasteners are used by GKN Fokker. A disadvantage of this type of fastener is the remaining stem, as shown in Figure 1. The stems are currently removed manually with a shaver head grinder. Fokker’s need is to automate this process as efficiently as possible. 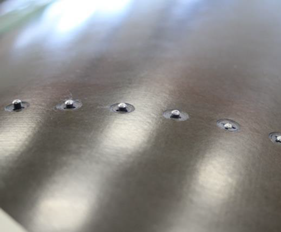 The goal is to automate the Radial-Lok shaving process. To accomplish this a universal robot is used in combination with a force-torque sensor to measure force and a Linescanner to measure Radial-Lok height as quality control. 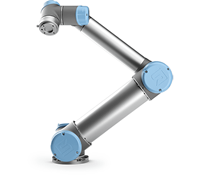 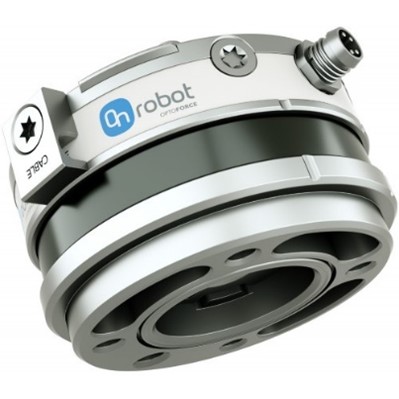 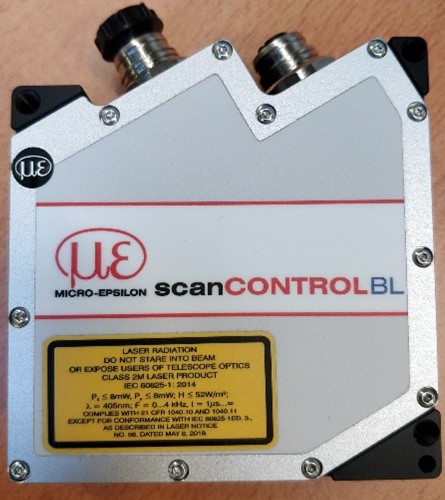 During the project we encountered a few challenges. For instance, we had to attach the grinding disc in the Dremel. We had to design a special tool to do this. For the Dremel we designed a special mount that allows it to be attached to the robot’s Force torque sensor. 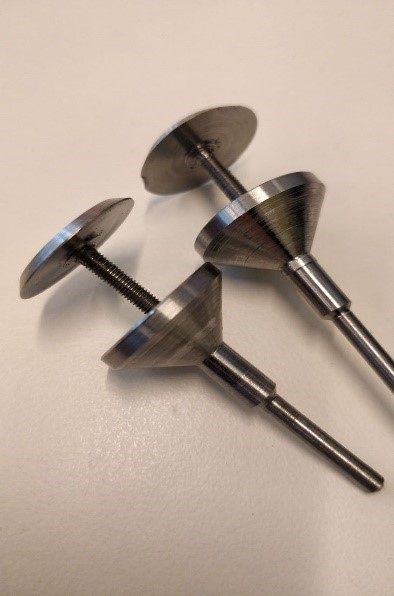 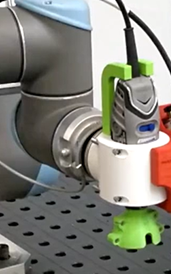 Another challenge we encountered was the design of a cone that can be attached to the Dremel. The function of this cone is to glide over the surface of the material without damaging it. The problem was that the Dremel had to be at 6 degrees to shave the Radial-Lok correctly. To solve this we designed a cone with a 6 degree inclined bottom plane so that the cone is perfectly horizontal on the surface when shaving. 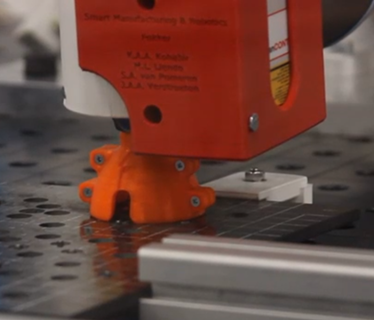 Another challenge we encountered was the communication between python and the Force torque sensor. Since there was no proper documentation available on the internet for this sensor, it was difficult for us to get it to work. We solved this communication problem by trying different out of the box ideas until we got it working. At the end we created a code that uses the raw data send from the sensor and so we were able to incorporate it into our Python script. 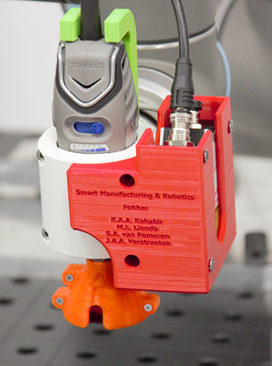 Another challenge we encountered was how to integrate our Python script with the PLC program. We wanted to add the ability to start, stop and resume the Radial-Lok shaving program by pressing a button on the HMI. Furthermore we implemented a safeguard where the program can’t be started unless the safety switches are all depressed. 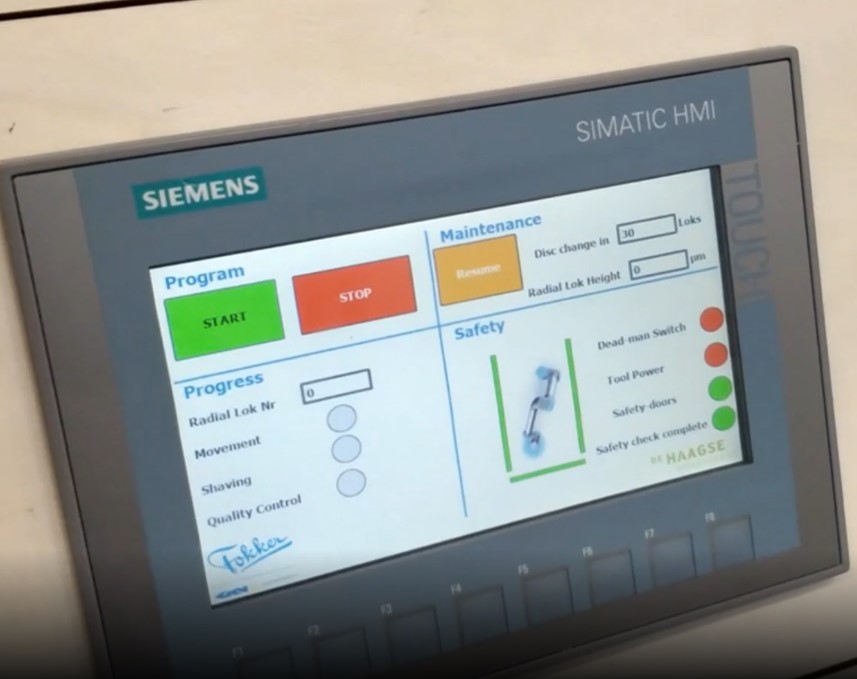 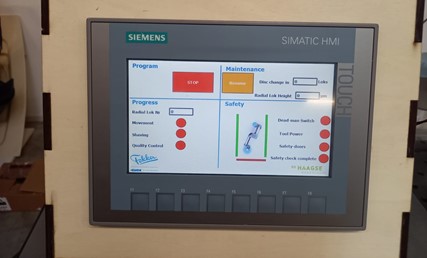 Two important features were implemented: A pop up notice warning the operator to change the shaving disc after 30 cycles as seen in figure 11. 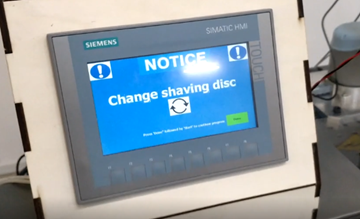 The second feature is a pop up warning after two unsuccessful quality control attempts whereafter the robot will move to a preprogrammed position to facilitate the manual shaving of the Radial-Lok by the operator. 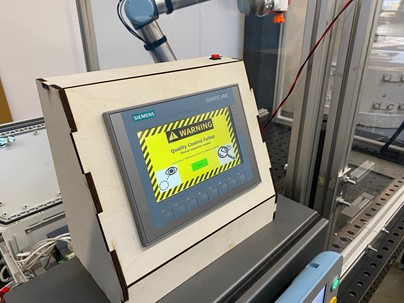 At the end of this project we can conclude that after many invested hours we have managed to come up with a solution that meets all the requirements for the project. At this point we can detect, shave, and measure the Radial-Lok to the specified tolerances.

We are still limited in shaving speed due to the actual tool not being available. The tool we are using on the robot is not as robust as the one used in the original process at Fokker and can’t be controlled as precisely.

While working on this project our preference fell on using python instead of UR script since it is a more user-friendly programming language and integrates well with the other programs used.

Ultimately it was an educational period for all group members. We learned a lot while solving all the challenges we encountered during this project. We also learned a lot about how to program and debug a robot and a PLC. These skills could be utilized in future projects.