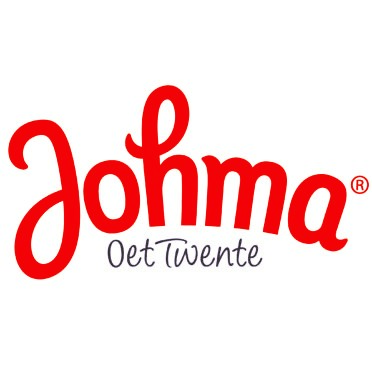 Johma Nederland BV is the biggest, most famous salad and spread producer in the Netherlands, situated in the region of Twente. This Dutch company (a daughter company of Signature Foods BV) produces various kinds of fresh salads and spreads, almost entirely for the Dutch consumer market. Johma Nederland BV is also involved in the production of empanadas at another Signature Foods daughter company called Heks’nKaas. At this production facility in Oldenzaal, chicken/mince and spinach filled empanadas are baked, packaged, sealed and sleeved. Ultimately, empanadas are transported to distribution centres nationwide.

A major challenge during packaging of empanadas is their fragility. Empanadas are folded dough patties and rise during the baking process. This will result in a roughly spherical, relatively greasy top side. Packaging is currently done manually. After cooling, the empanadas (still on baking plates) will be shoved off the plates into a packaging deposit funnel. An employee will place six empanadas per aluminium tray, laying them down in a particular pattern which is uniquely fit to the size of the tray.

Johma Nederland BV would prefer automating this packaging process. The project’s main goal is to map and eliminate complications during picking and placing of empanadas (Figure 1). Manpower currently used in manual packaging could also be used elsewhere.

The robotic prototype system (to be built and tested by the SMR2 students in Delft) contains:

The Johma Empanada Project is a feasibility study, executed by a multidisciplinary student team. The team created a robotic prototype system that can pick empanadas from a baking plate and individually place them in aluminium packaging trays, while also stacking empty baking plates. All hardware and software elements have been integrated by the students themselves in a period of 5 weeks.

The setup of our solution consists of the following major subsystems:

During the current manual packaging process, empanadas are dumped in a deposit funnel and sorted out by hand (visual quality check) before packaging. To simulate this process, a conveyer belt has been set up, so the baking plates with baking paper and empanadas can be transported to its next location (Figure 2). The conveyor motor driver is connected to the PLC firmware, which enables manual and automatic conveyor switching at any time.

After a baking plate is placed on this conveyer belt, it will be transported to the vision box (Figure 3). Using a Python script and a Logitech C920 camera, the empanadas’ locations are mapped and their relative angles are measured here. A mechanical guidance rail has also been integrated into the vision box to make these measurements as precisely as possible (Figure 4). Accurate measurement of coordinates is mandatory, because the conveyor will transport the baking plate to another ‘picking conveyer’.

Located behind the baking plate conveyer is the tray supply conveyor. For educational reasons, the student team has implemented an automated supplier for aluminium trays using a second UR10 robotic arm (Figure 6). This conveyor is also connected to the PLC, leading to a setup where empanadas are pick and placed in trays, and aluminium trays are automatically supplied. A small guidance rail has also been implemented here to ensure that the trays will not move as the empanada placing UR10 fills the tray.

All the hardware is connected to a PLC, designed to obey one central emergency button and reboot system (Human Machine Interface). Having this control setup enables the student team to have a rapid error handling system.
The UR10s have been linked to a Raspberry Pi. This microcontroller will run all programs during operating, so no laptops will have to be connected to the system.

This ultimately creates a fully automatic setup, which transports baking plates with empanadas to the vision box (Figure 8). In here, coordinates and angles are measured before the baking plate moves over to the picking conveyors. The first UR10 robotic arm will pick and place the empanadas in an aluminium tray using a food-safe silicone suction cup.

Simultaneously, the second UR10 places a new aluminium tray on the supply conveyor. This ensures the system of a constant supply of aluminium packaging trays (Figure 9).