The problem of this situation was that the employee spent time on a “job” that was not in his job description. At the end of the day the employee didn’t do anything useful with his time. The problem is solvable with an easy solution.

The solution consist of spreading the supply of Kitkats so that they are singled. The single Kitkats are checked with vision, the vision checks if the Kitkats face the right side and if they aren’t skewed. If they don’t face the right side or are skewed the are rejected from the conveyer belt by a pusher. After the check with the vision the good Kitkats are moved to three little conveyer belts. Here are also pushers that push 26 kitkats into two buffers. The buffer floor moves with the Kitkats down, so that de fall down in to the buffer is regulated. When the buffer is full, the other Kitkats that are moved to a second buffer that works the same as the first buffer. The buffer that is full is emptied into the box, the box is moved to the buffer by a robot. The robot then moves the full box onto another conveyer belt. 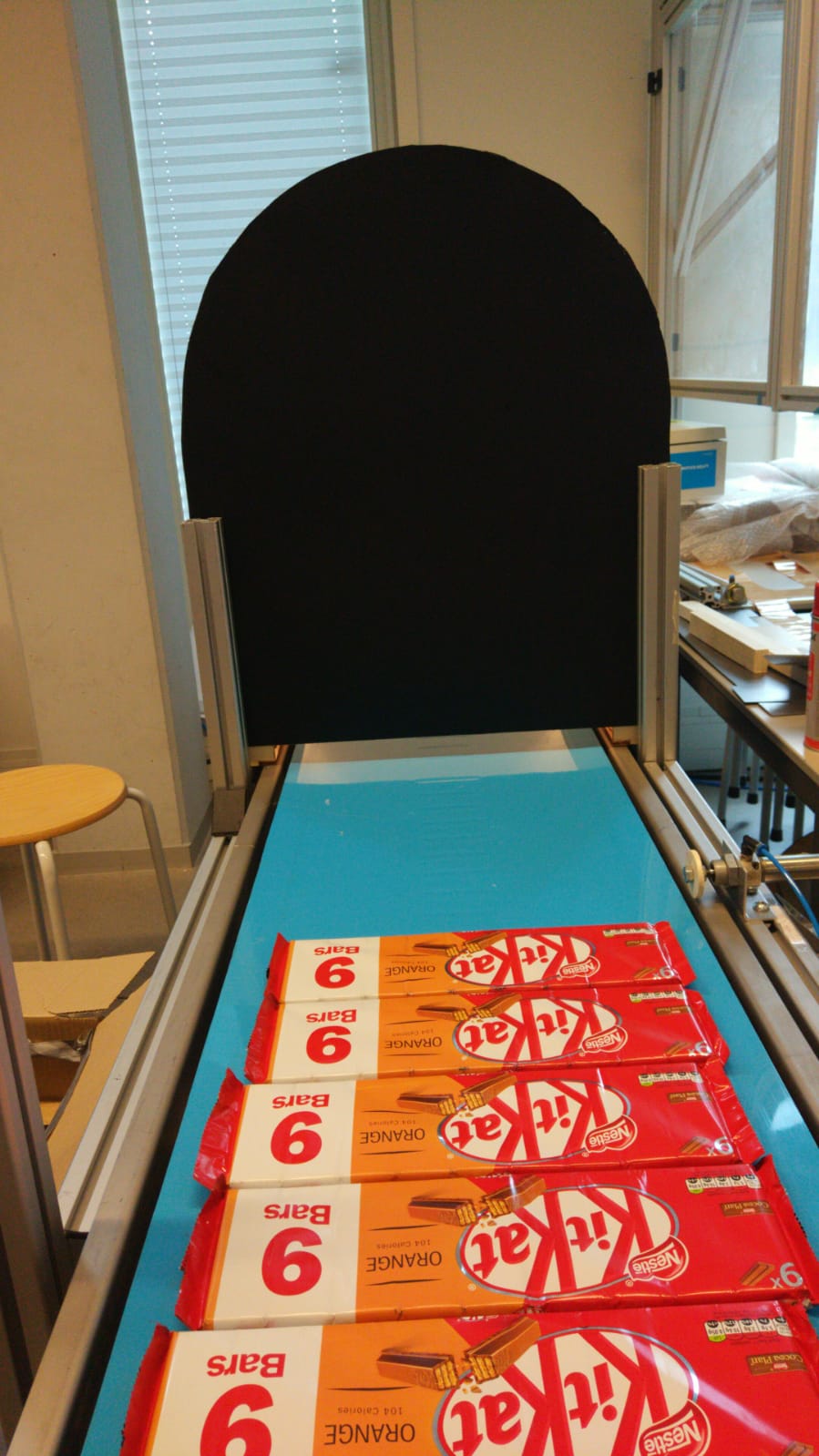 The major decision during this project was to choose the buffer system that fitted into the production site. The space for the setup is very limited. There were different ideas to fit the set up into the production site like, one buffer system, linear moving buffers, buffer carrousel and simply moving the box to the conveyer belt without any buffers. The final solution is to use two buffers that can fit 26 Kitkats and moving the robot with a box to the buffers. 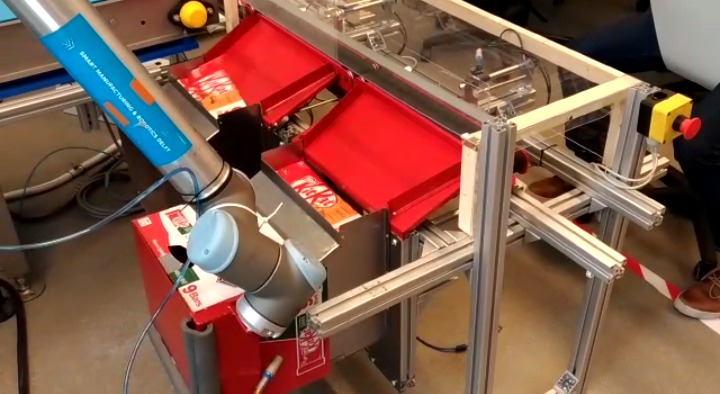