Dry Hydroponics produces rafts in which short-cycle crops, like lettuce, herbs, and flowers can grow. They produce an estimated amount of 750.000 products per year. Dry hydroponics is currently being run by Maurice van der Knaap and Chris Noordam in Schipluiden and the Hague.

The plant roots need to correctly go through a hole on the spaced raft without being damaged or misplaced. If the roots are not placed correctly through the rafts the plants will have a high possibility of dying.

The current situation is being done by workers. The workers carefully transport the plants with roots from one raft to another by hand. After the workers fill a spaced raft with plants the next step is placing the raft on a conveyor-belt with water. 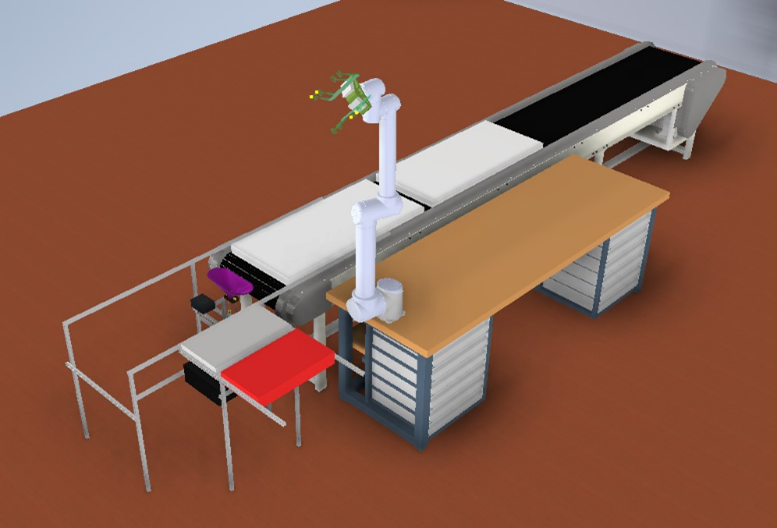 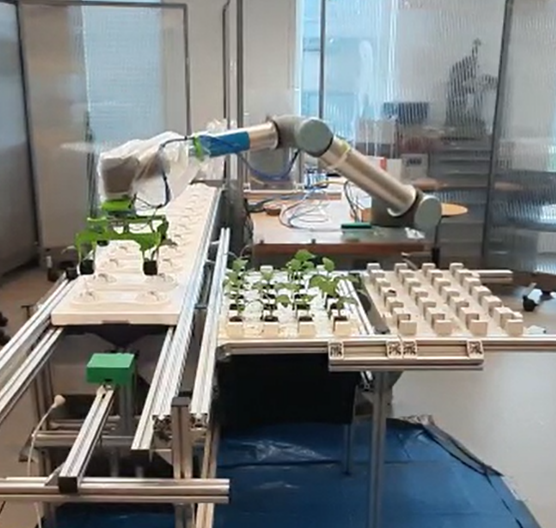 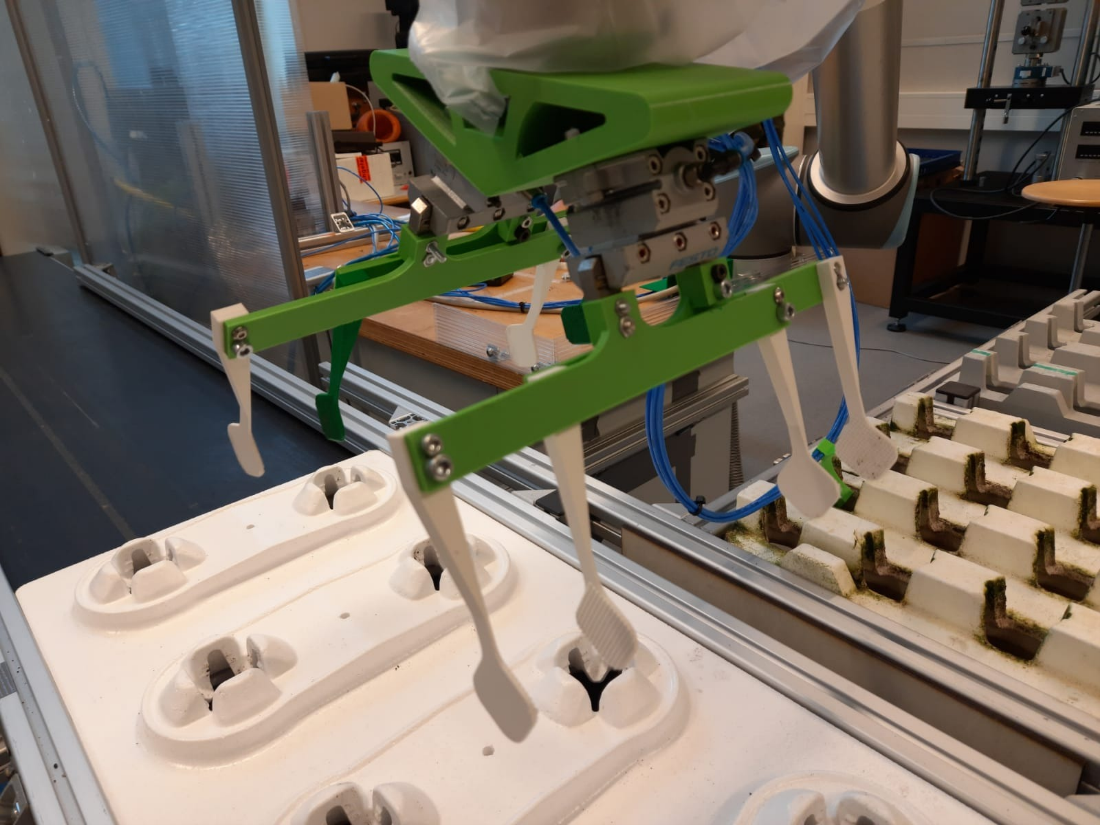 One of the main problems were the roots being damaged or misplaced when going into the raft holes. The problem was solved by creating a 3D-printed object and using a vacuum that provides an air suction which guides the plant roots unharmed through the holes. The 3D-printed object is called the vacuum tool. 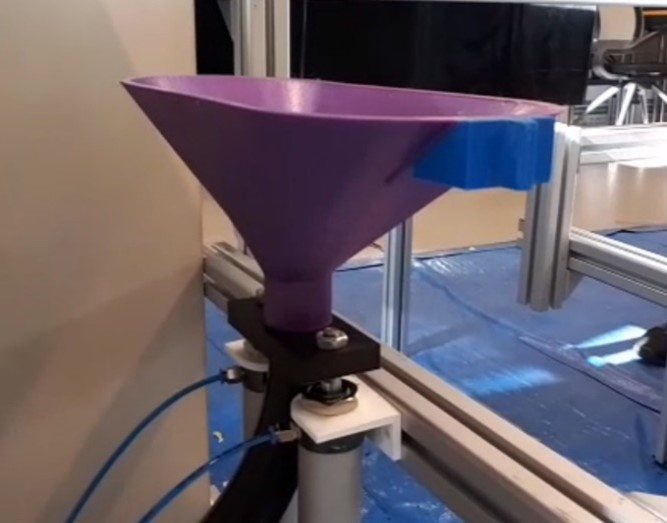 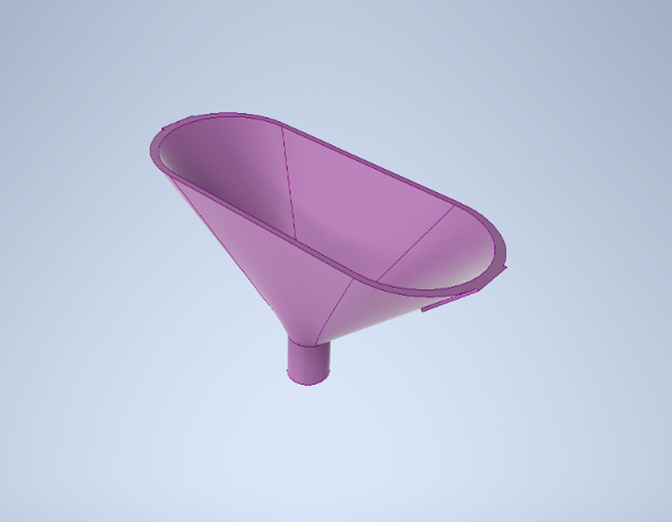 The conveyor belt is controlled by means of a TVerter E2-2010H1F frequency drive and two relays. The outputs of the UR-10 control the two relays which then control the forward and reverse movement of the drive and thus the motor. The IR-Sensor measures point on a raft allowing it to stop the conveyor belt at a certain point where the plants can then be placed.

The camera utilized is the Logitech C920 HD webcam. The software applicated to detect the roots is Python with libraries as OpenCV and Modbus client. The camera captures an image right after the robot places the plant within the rafts. Note that the robot is still holding the plants when the image is captured. The captured image focuses only on the areas where roots are expected. This image is then processed by using a variety of filtering techniques to optimize object detection. The image is first converted into grayscale and then the Canny edge detection is used to extract structural information. These edges then get dilatated. These dilated areas are then counted and numbered. An object is detected when the counted area reaches a specific amount. When two objects are detected, a signal is sent to the robot that the roots have been found. The plants are then released into the rafts. If one or no roots are detected, these undetected plants roots are then put in a trash-raft by the robot.

The PLC (Programmable Logic Controller) is the central point in the communication between the various systems. A Modbus Server has been created on this PLC to control the data. The data in this server can be read and adjusted by different clients such as the UR-10 and the vision code. The HMI (Human Machine Interface) is a screen on which the robot can be controlled intuitively. This HMI communicates with the PLC via Siemens’ profinet. 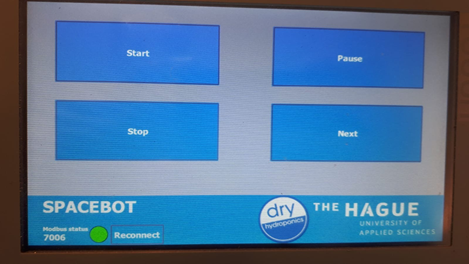 At the end of the day, we have achieved a good end result. This proof of concept has succeeded and the customer will be able to look at further automation solutions that work together with their products. We would like to thank all the lecturers and involved employees of The Hague University of Aplied Sciences for their help with this project. Special thanks to Thijs Brilleman and Mathijs van der Vegt for their support.