During the process of making their products, 2 parts are glued together. However while doing this there is excess glue being pushed out which is not allowed for their products.

Using a laser scanner and a UR-10 robot to detect where the glue needs to be removed, to make a proof of principle that detecting the glue is possible with this equipment. 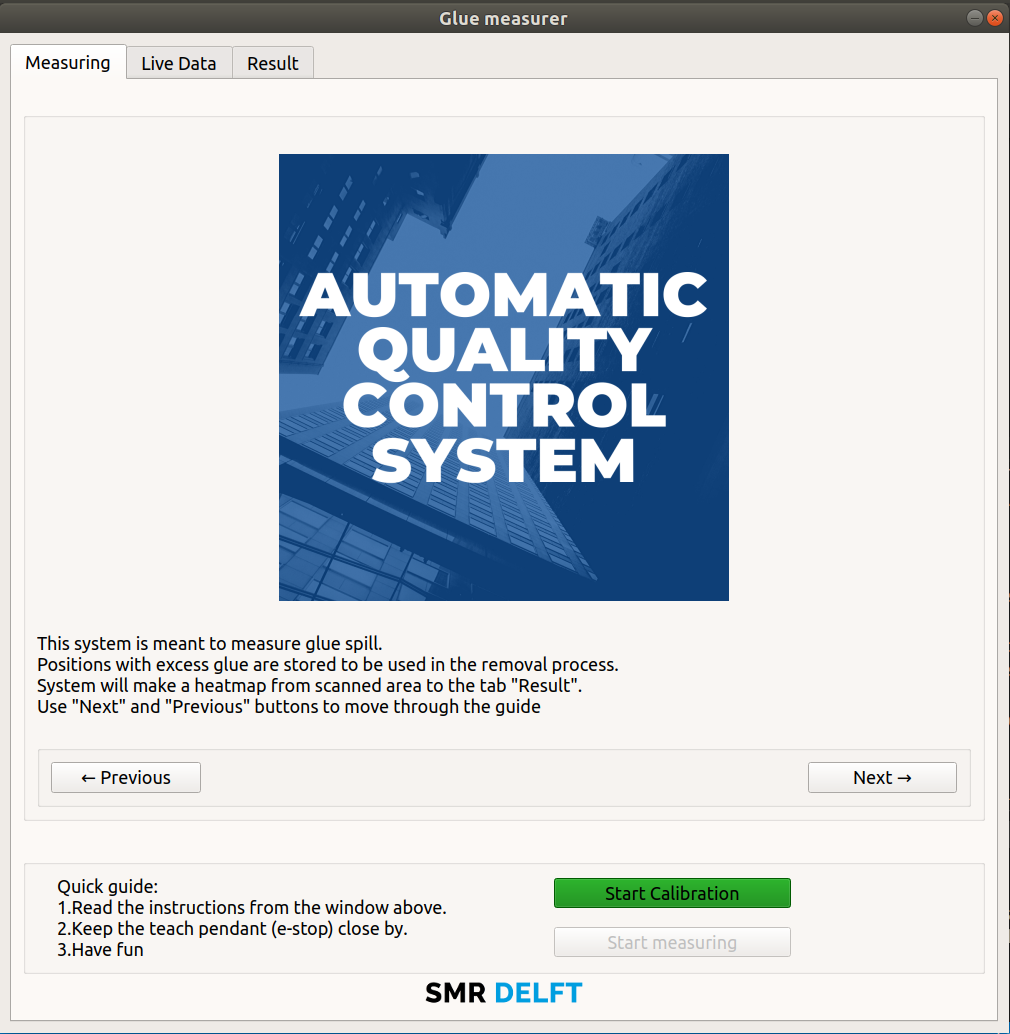 The prototype works in this sequence:

After a couple weeks we had to update the robots software. Which resulted in a new setup of our program. Doing this helped us making it easier to control the robot using commands in python files. ROS (Robot Operating System) already has a lot of functionality provided for controlling the UR-10 robot, however making certain moves requires some coding yourself.

We used the robot to calibrate itself using data from the laser scanner, doing this will help making sure the robot will move correctly further in the program.

We used the laser scanner’s TCP (Tool Centre Point) to calculate all the moves for the robot. This made sure that the product doesn’t have to be in a predefined location. As long as the calibration succeeded the product can be measured.

We adjusted the speed of the robot while running the program. This resulted in a clearer view of the glue that needed to be removed but delayed the cycle time by a significant amount. So we decided to create a function that only slows the robot down when it is measuring the product.

When the product gets too big, the robot will not be able to reach all the corners. So to make sure the robot can reach a bigger workspace, we advise to hang the robot upside down along another movable axis.

For the next step in the process we advise to mount that tool onto the robot at the same time as the scanner. This will result in better accuracy, because the same calibration is being used for both tools, and a quicker cycle time, because there is no tool change needed.

Using a laser scanner combined with a UR-10 robot makes it possible to detect extra glue on products with a very high accuracy when the laser is aligned to the product correctly.