Queen is one of the largest kalanchoe plant suppliers of the world and exports their product to more than 75 countries. The company has more than 120.000 m2 breeding and growing facilities in Denmark alone. Queen has a passion for quality and innovation, which is why they came to us for a proper solution.

The kalanchoe plants first get sleeved and placed in a tray with the use of a sleeving machine and a robotic arm. Afterwards they are manually transported to a different facility. Here the different colored trays are emptied and mixed by hand into new trays. So the process of unsleeved plants to a tray with mixed colors requires a lot of employees, time and space.

With our system only one employee is needed to put batches of different colored of plants on a conveyor belt. When the plants are on the conveyor, a camera will scan the plant and register the color. Sensors allow the system to know when and where the plants are. With this information the system can move the plants so that they will be led to the right buffer, which is determined on the HMI. It is also possible to make more buffers of the same color, so if the first buffer is full the plant will be led to the next buffer of its color. If all buffers are full, or the plant’s color is not necessary in the system, the plants will be guided to a waste buffer. 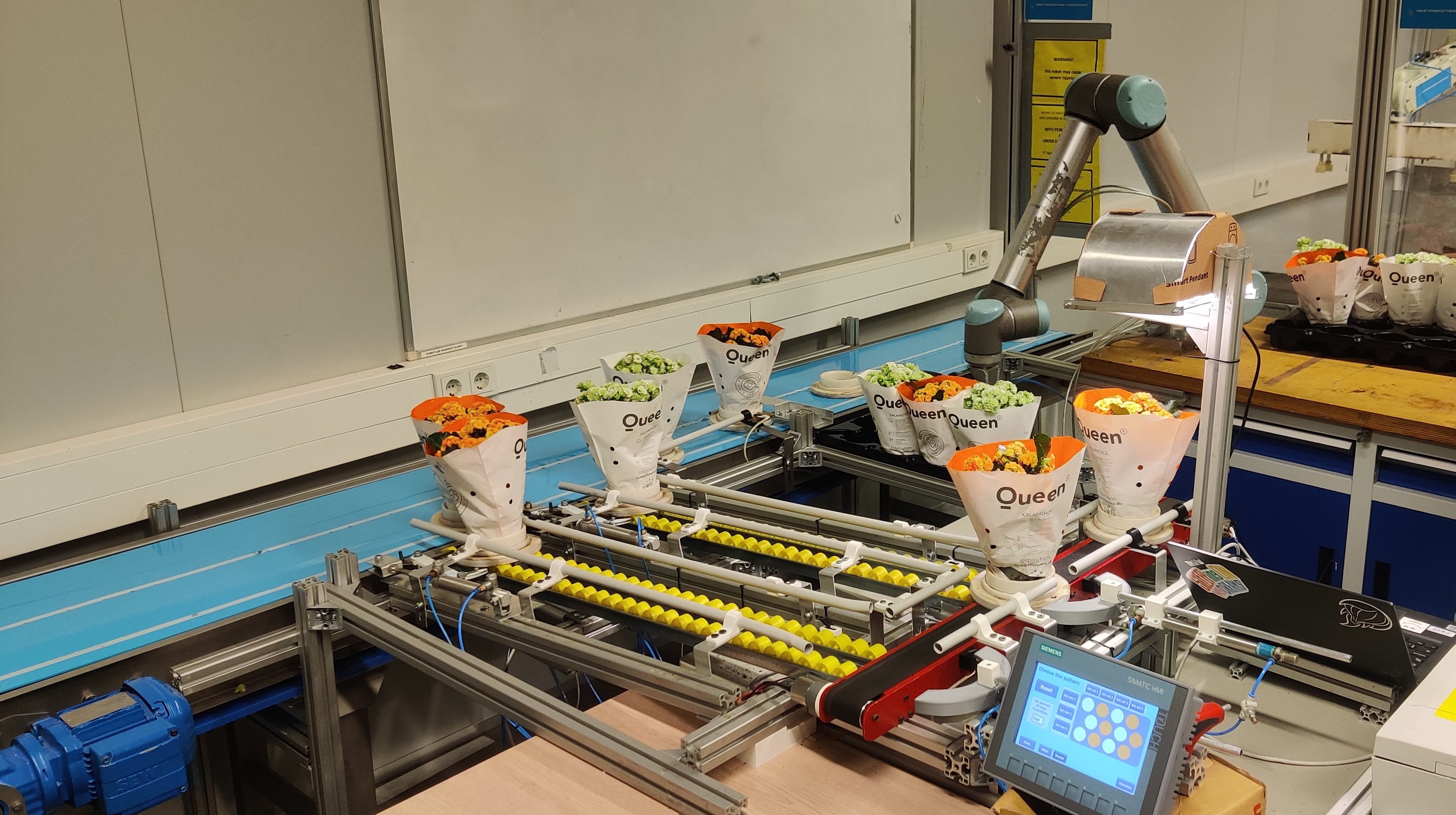 After the plants are sorted, they will be released in the pattern the user chose on the HMI. Every spot in the tray is customizable, as well as the number of trays. Placing the plants is done by a Universal Robot.

With this system there are three different machines working simultaneously. The machine vision, executed by a python script. The robotic arm, which controls the picking and placing of the plants. And the PLC, which controls the actuators, logic and has a TCP connection with the machine vision. As well as a connection with the HMI and robotic arm through digital out- and inputs. 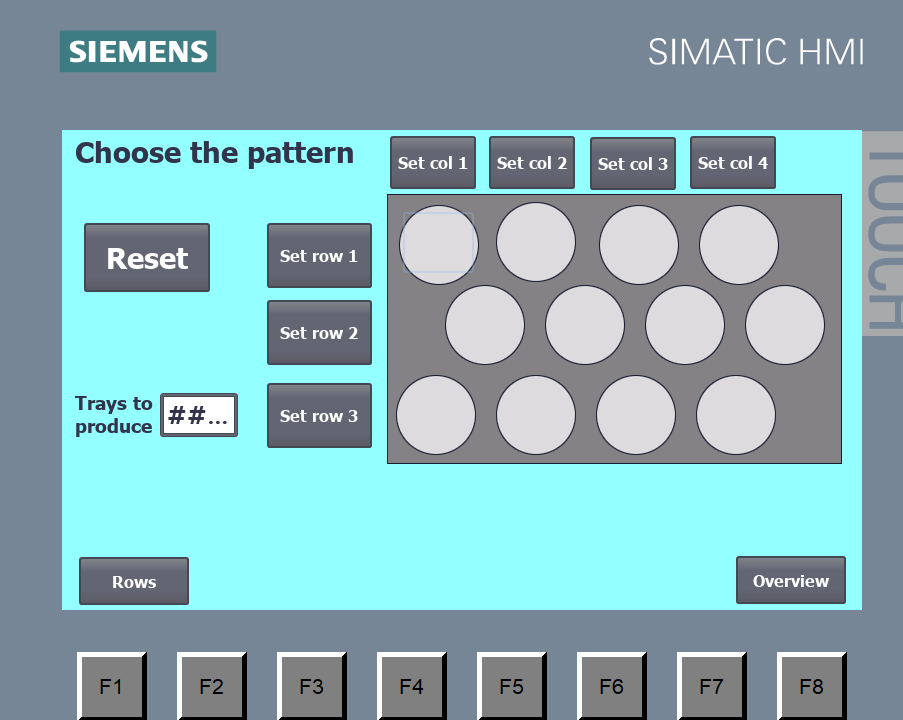 The major decisions you made during the project

We chose this project because we are passionate about greenhouses and felt like a solution to the current problem would greatly improve the process. After analyzing the problem and discussing the requirements and needs with the client we could start designing.

We came up with working concepts and decided which would work best by discussing and testing them. We started designing the final setup, build it, and optimize it. Simultaneously we started programming the PLC and writing a script for the machine vision. During this process we continuously spoke with the client about what to add or improve. Which is how we ended up with an easily scalable and implementable solution for Queen.

First, we want to thank Thijs Brilleman and Matthijs van der Vegt for guiding us through the minor program. We also want to thank Roel Trachsler and Wouter Nederlof for supporting our project in the beta factory, as well as Zoja Donné, Tim van der Meijden and Quinten Spiering from the workshop. Finally, we want to thank Queen and Knud Jepsen A/S for this amazing project and specifically Søren Søndergaard for the good communication and guidance.