RegalRexnord is a manufacturing company of motors, conveyer technologies, gearings, bearings and electronic components. Their dutch facility is located in Westland, South Holland.

In the current situation, conveyer patterns are produced using a injection molding machine.
Next these patterns are assembled into conveyer belts by hand. By connecting the patterns with axes and seals they form a pattern for a conveyer belt. RegalRexnord looks for a way to automate the process of laying down the conveyer belt patterns.

We got into contact with RegalRexnord and discussed the scope of their project assignment. Our goal was to build and program a Pick & Place line that is able to lay down conveyer belt patterns with their sizes ranging from six to to 21 inch, using two types of patterns from Rexnord. The requirement for this assignment was to pick and place one module per five seconds.

Figure 2: The two types of patterns used for the project

To make communication work we implemented TCP communication between these subsystems and Python allowing for everything listen, send and receive messages and thus work together.

Supplying patterns into the work area

Because picking the patterns at the small holes is a high precision task, we used 3D-printing to create the gripper parts. We designed the gripper parts so these could be fixated on a pneumatic Schunk gripper. This pneumatic gripper was in turn controlled by the Kawasaki computer.

Figure 4 and 5: Gripper design in Solidworks to pick up both types of patterns

Later on we made adjustments to our gripper in order to pick up the frailer second pattern type. This second version of the gripper picks up patterns at one tooth instead of the two teeth shown in this article. This way we were able to pick up both module types.

This loop and algorithm works incrementary. This means that everytime the robot finishes placing down a row of patterns, a counter programmed in the robot will be incremented and this counter increases the distance the robot moves away from the original positions of the module patterns.

This means that everytime a row is finished, it will move further away to place a row next to the previous row, allowing the robot to lay down the conveyer belt pattern with great precision. Figure 4 illustrates how the incrementary algorithm looks like.

Figure 6: Illustration of how the incrementary algorithm moves the current row next to the previous row.

In order to have the computer determine whether a conveyer pattern is placed correctly or not, we implemented vision.

The vision code involves a camera stationed in the working area of the robot, and it activates only when it determines there are patterns underneath it. It is used at the end of placing a conveyer pattern to determine the quality of the placed conveyer belt.

Examples of this are shown in Figure 7 to Figure 9. 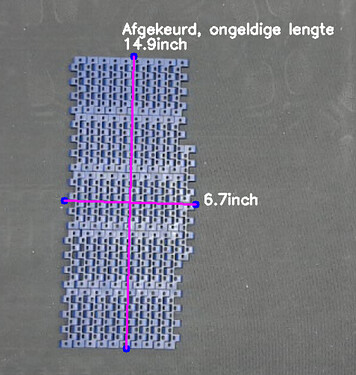 Figure 7 to 9: Quality Control with vision. From top to bottom:
– Succesful
– Failure due to too many or too little pattern(s)
– Failure due to a pattern or patterns missing in the conveyer belt

During the project we had some setbacks. Some systems like the conveyer belt and the Kawasaki robot proved to be older and were not 100% reliable during our tests.