SOWNet technologies is a Dutch company specializing in wireless sensor networks. The company was founded in 2006 as a spin-off of the research institute TNO, core area of Defense and Security. One of their remarkable products is the sowet-module which is like a universal communication module for different types of sensors.

Currently, SoWNet programmes the modules manually using a custom-made programming station. A person must manually input one module at a time on the programming probes so that the module can be programmed successfully. 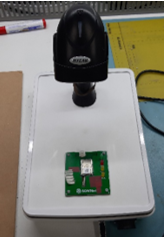 Human programming the module’s manual is a very slow and tiring process because the modules must be always placed on the programming probes for successful programming. Therefore, it takes many days to finish a client’s order as the order may require thousands of modules.

The slow programming speeds required the company an automated way to program plates with modules.

Our solution includes using a lift system with two buffers (one for input plates and the other as an output). Using a linear movement mechanism by using stepper motors in combination with a linear axis, we can move the buffers, programming station, and the plates. 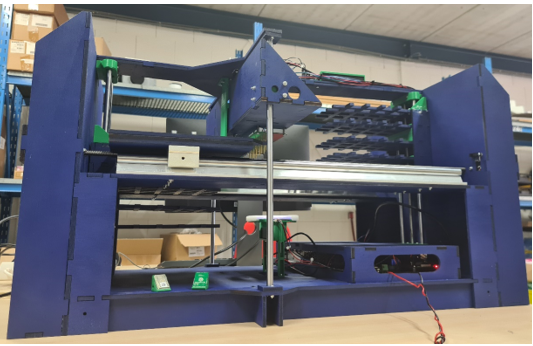 The module plates can be moved by two platforms that hold them through the whole process.

We use a webcam from a fixed place to read the numbers of the modules through data matrixes. The reading happens one row from a plate at a time.

The plates go next to the programming station, where the modules are programmed one at a time per row by multiplexing the signal. The programming probes move from the top to the bottom to reach the row of modules.

Finally, the plates are moved to the output buffer as storage.

The HMI also show a grid of 25 circles that corresponds to a module plate with its corresponding module numbers under each circle. A green circle means programming is successful and a red one means unsuccessful programming due to internal problems with the module itself or a bad connection between the probes and the pads. The grid is updated per module plate. 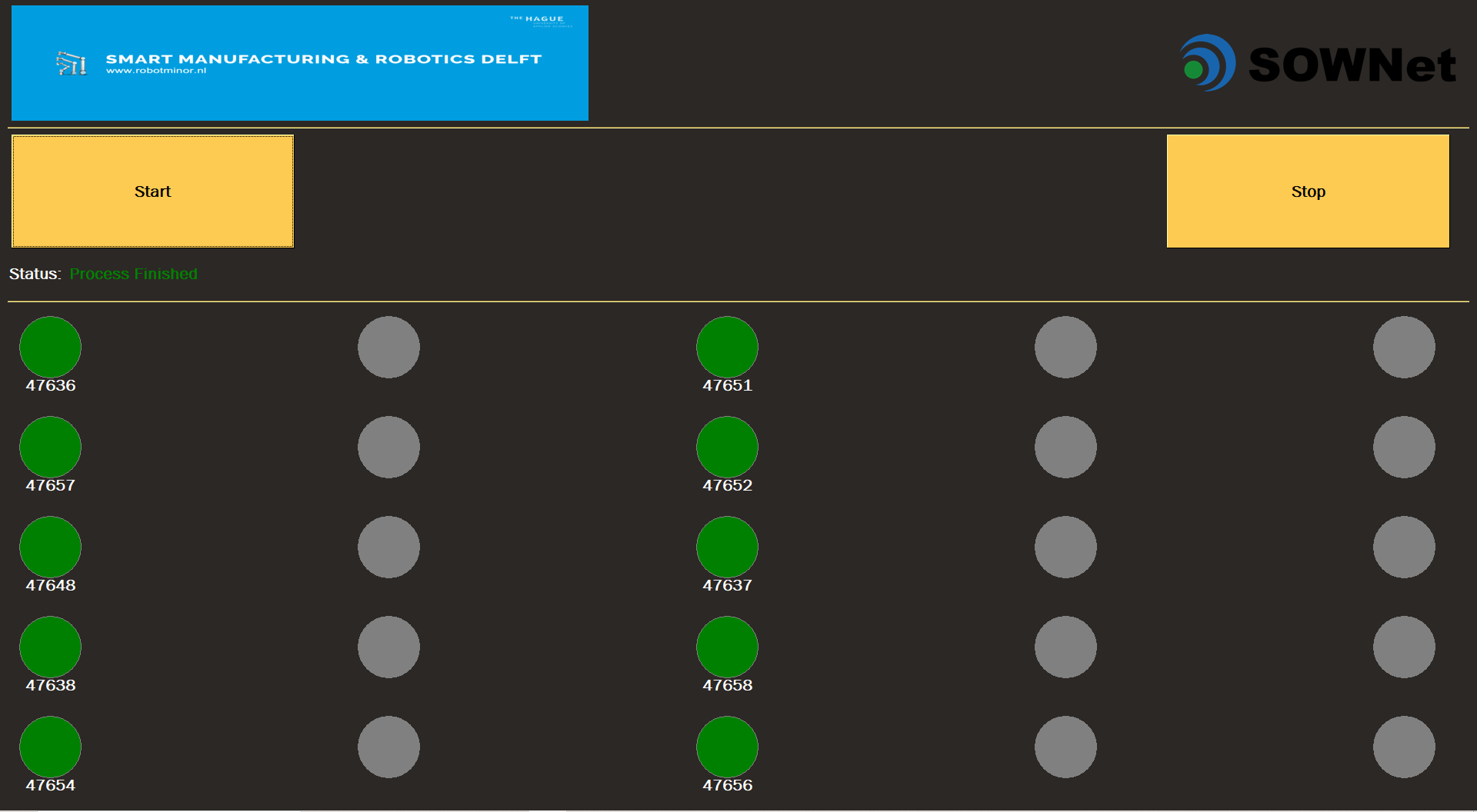 A major decision with this project is the mechanical design. At first our mechanical design consisted of a rotary table with placeholders for the module plates with a fixed place for the webcam and the programming station. This idea was dismissed as our client chose the lift system, because the rotary table idea took too much space and it looked clumsy.

Thirdly, we switched from using a demultiplexer to relays to multiplex the programming signal. That is because the RDS (Resistance drain to source) is too high and therefore making multiplexing not completely analog. This led to the multiplexed signal being lower than the module’s low threshold. We have decided to use relays for multiplexing the programming signal because then we know for sure that the multiplexed signal is transmitted analogously.

We delivered on the goal of building a system that can program modules automatically in patches, to give an overview of which modules were programmed, can be controlled, and have their status viewed via an HMI. The company will change the layout of some of the pads and their position so that our machine is more reliable.

Figure 5: Connecting to the modules

We would like to thank Winelis Kavelaars, Kevin Oei and Rafaël Vuijk from SoWNet Technologies for their help.

Our gratitude extends also to Thijs Brilleman and Mathijs van der Vegt for their expertise and support during this project.