As part of the minor smart manufacturing & robotics, we had to complete an assignment from Volkerrail in 7 weeks. Volkerrail is a company that is engaged in work on the train track. For example, they perform work for the well-known ProRail.

Volkerrail had the problem that they had to place thousands of yellow boxes on the sleepers of the train track. Called balises. This allows the train to broadcast where it is at that moment. A target had been set for the placement of these balises: 2500 +/- balises must be placed on 200km of track at a speed of 32 balises p / h.

We as students have been given the task of Volkerrail to come up with an automated solution for this, so that the balises can be placed on the track faster / more efficiently. The following paragraphs explain how we did this.

The project group has chosen between a wide variety of concepts. The chosen concept is a fully mechanic solution. The mechanic solution mostly depends on the use of pistons. A detailed description of our design will be illustrated in this chapter. 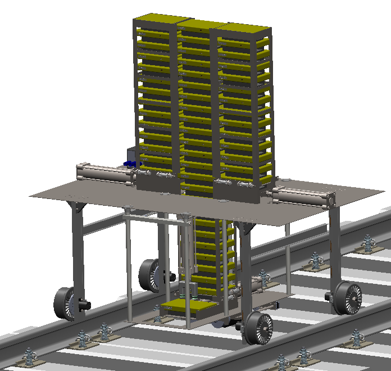 When the next balise is placed in position. An electronic piston will move the balise with an constant speed through the gluing station. In the gluing station two stepper motors attached to a screw thread will provide the force necessary to extrude the glue. This proces is shown in the next two pictures. When the glue is applied to the balise. The balise will be picked up by an vacuum tool. This vacuum tool is attached to the end of a pneumatic piston as shown in the picture below. 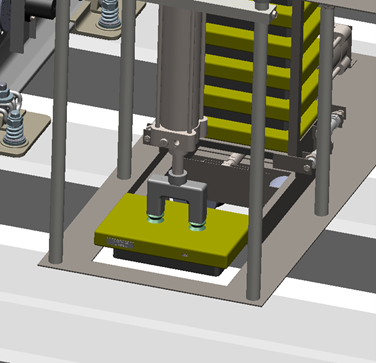 To place the balise on the railway sleeper. The pneumatic piston with the vacuum tool is pushed out through the opening. The pistons holds its position to guaranty a solid attachment to the glue. After a few seconds of pressure the piston will go back to its original position.

To make the cart functional electronics are needed. All of the pistons, switches, motors, stepper motors and cameras need to be controlled by one single proccesing unit. This can be achived with a microcontroller. The microcontroller tells the devices when to actuate.

The microcontroller in turn is slave to the PC where the main program runs on. The programm that controlls the vision programm, is called Python. Python is a program language that simplifies programming. In this programm a library called OpenCV is installed. This library takes the image of the camera and recognizes different colors, contours and contrast. In the application for the “Balise Plaatser” the midpart of the rails is recognized and used for counting and determining speed. 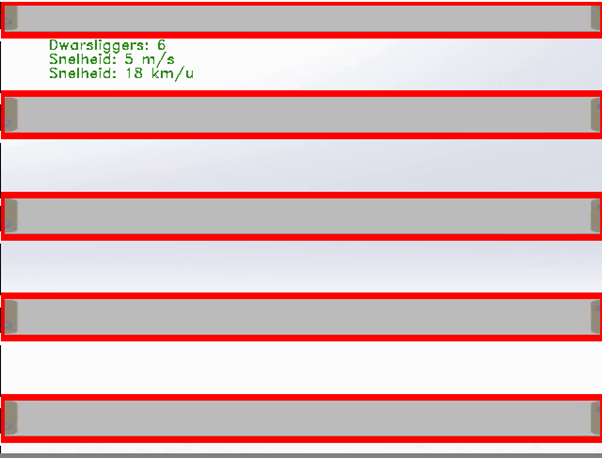 All in all, the project has been completed to the furthest extend of what was posible. The project group was and still is very proud of the results, as was Halbe Zijlstra from Volkerrail.